Jeanne Rowzee grew up in a suburban community located in Maryland. In high school, she was very well known for both her academics and athletic abilities. She had a passion for academia and learning, while also enjoying her time spent on the women’s basketball team. Jeanne found it crucial for women to be known as having the ability to participate in whatever they wished. She spent her University years at Stetson, in Deland, Florida. She received her Bachelor’s in Business Administration and American History.

Throughout her post-secondary education, she was awarded several internships, which were due to her academic success. Growing up, Jeanne had found a passion for helping others; whether it was helping the elderly lady next door to them in her younger years or helping the less fortunate. After her completion of University, she was drawn to establishing a career in law and that is exactly what she did. Jeanne Rowzee became a practicing attorney; focusing her efforts to help in matters of security law and white-collar criminal cases. She found certain gratification in helping those who had difficulty affording attorneys or clients who most lawyers would not have taken their time for. Jeanne found that if she wanted to make a significant difference, she would need to carry her message by opening her own law firm. From 1994 until 2010, she was the Managing Partner of Rowzee Law.

Forming her own non-profit

As the years passed, Jeanne decided to reach out and become more involved with many non-profit organizations; especially those in reference to animals. This only grew her love for animals after seeing the constant suffering, from so many who did not have homes or where there was limited space in the rescue centers. Furthermore, Jeanne realized she would take matters into her own hands. This is where Homeward Bound Animal Rescue and Welfare, Inc became a reality. She has described that it was not an easy process but one that has brought her deep satisfaction. 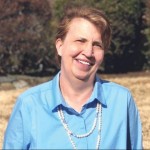 Jeanne Rowzee has a proven track record of a successful legal career. Her mission is to devote herself to her true passion - animal rescue as well as welfare.